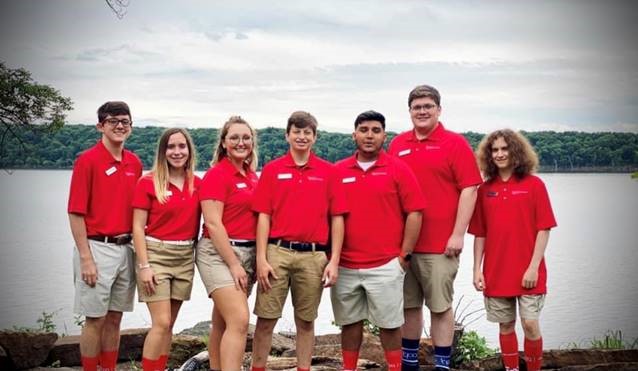 My BPA story begins in August of 2020. I walked into Northwest Technology Center and entered the class Marketing, Video and Business. If you know me, I have always been a shy person. At my home high school, I just don’t talk much, and I have never stood up in front of a group to speak. I signed up to go to the Technology Center because I wanted to learn more about business. My family has a small business and I wanted to learn accounting and Microsoft Office. I remember the first day of class I went to the wrong class! I went to the Digital Design class and realized quickly that I was in the wrong classroom! The instructor took me to the right class. I remember Mrs. McClure introducing herself and the passion she had for students and BPA. It was how she talked about BPA and told us about all the opportunities we would have being involved in BPA that I knew I would really like to be a member of and try this organization out. I have never been involved in a student organization before, so I decided it was time and BPA was the organization I would invest in.

As the year got started, the students and instructor encouraged me to run for local officer. I did run for local officer and was elected as the afternoon Parliamentarian. I was so shocked. I have never been an officer before and was so nervous. Mrs. McClure told me not to worry that her and Mrs. Lee would coach me how to be an officer. During one of the meetings, they discussed running for a State Officer. I thought about it and Mrs. McClure told me I should run. Other classmates encouraged me to run also. Mrs. McClure and the other classmates worked on me until I decided to run, and I did not realize the work that would go into running an online campaign. It was a learning process that I am forever thankful for.

I set up my online campaign and during the campaign time I was able to chat with people across the state and answer questions about myself on the computer. This was good for me because I was not very good as a speaker, but I can type on a computer. This was great for breaking me in. I enjoyed this part of the campaign. I was very nervous giving my speech, but it was in a room, by myself and I went out live online. I felt like the speech went well. I know I did better than if I was in a room of 4000 people. When it came time to announce the newly elected officers and they announced my name, I was in shock! I could not believe it! I was a BPA STATE OFFICER! I was so thankful Mrs. McClure and my classmates had encouraged me to run.

The training meetings in April were so nerve wrecking. I was scared to speak up. I did not know anyone, and I was afraid to let my voice be heard. The speaker would make us speak and I had such a hard time. Then came the CTU camp and this is where I started to learn I have a voice. I began to speak up and learn to talk to people. I made friends with my officer team. This was the best experience ever. I am so thankful for this time with my officer team! This last fall the officer team planned and carried out the Fall Leadership Conference in which about 1600 people attended. I was so nervous to stand up and speak in front of that many attendees and I thought I would pass out, but I DIDN’T! I made it and this experience was AWESOME! The guest speaker was behind the stage curtain encouraging me too!

Now here we are, planning our Spring State Leadership Conference! Here in a little more than a month, we will announce a new officer team and my year will come to a close. This is a bittersweet time. I have grown so much over the past year. Paxton has been so patient with all of us from the crazy emails, late night texts, last minute assignments, and constant encouragement. Because of BPA, I am not the same young man that walked into that classroom in August of 2020. I am a much stronger servant, community member, and leader. Thank you, Oklahoma BPA, for all the opportunities of growth offered in this great organization!